The messages started rolling in as the score went viral, a steady stream of mirth, horror and bewilderment. In that sense my phone mirrored the terraces, where baffled fans weren’t quite sure whether to stay or leave, or laugh or cry, or simply curl up and cringe at the sheer embarrassment of it all.

“It’s a baseball score! Are Fylde actually playing the Red Sox?” said one. “At least this will be an ‘I was there’ moment,” said another. Beside me a Boston fan quietly shook his head and looked to the skies. He was probably seeking some sort of divine intervention. A comet would have sufficed, but all the heavens could muster was a slightly entertaining hail storm, not nearly bad enough to get the game called off.

Staring back at the message blankly for a few moments – during which time Fylde nearly scored four more goals – I thought about the last time I saw an ‘I was there’ moment involving eleven goals: Boston’s 10-1 win over Sudbury Wanderers in a qualifying round of the FA Cup 20 years ago. It was an extraordinary match, but like so many of the pre-internet era Saturday afternoons, a match that has now mostly been forgotten. Paul Bastock can’t even remember playing in it.

About half an hour in, it ceased to be a game of football and became a gruesome freak show, Boston United reduced to the role of hapless cannon fodder

Unlike Bastock, I do remember that game: the glorious sunshine, the referee blowing up slightly early to spare Sudbury further embarrassment, the shouts of ‘we want 10!’. I remember the loudest cheer of the day being for Sudbury’s goal, which seemed a nice gesture at the time but probably just came across as incredibly patronising. And I remember looking at the demoralised Sudbury players and wondering what it must feel like to be on the wrong end of such a thumping. When a game has run away from you that spectacularly, what does the humiliation really feel like?

Well, on Saturday, I got the answer: completely numbing. Goals are football’s currency, but when their value crashes to the point where they have lost their power to make you cheer or wince on their own, something’s gone dreadfully wrong. That’s exactly how it was on Saturday. Goals occurred with such alarming regularity that you barely noticed them. All you were left with were numbers. Ridiculous numbers. At some point, about half an hour in, it ceased to be a game of football and became a gruesome freak show, Boston United reduced to the role of hapless cannon fodder.

Defeat at the league leaders had been predicted. Capitulation on a galactic scale had not, and the travelling fans seemed stunned. Even the chants for the manager’s head were muted and short-lived. A total of 85 of them had made the trek, all of whom will now quite rightly wear their attendance as a morbid badge of dishonour. Frankly, Boston United owe each of them a pint. Preferably of absinthe.

At the final whistle, Boston’s players trudged over to shake the hand of every supporter who had stayed until the bitter end. They offered their apologies. A couple – including Gregg Smith – stuck around to chat. It was certainly a classy move, and one that would have taken more than a little courage. A local radio reporter surveyed the scene and praised the visitors. “And you know what?” he told his listeners. “Boston weren’t even that bad.”

Well, no, they really were. But as bad as they were – and it was the worst defensive performance I’ve ever seen from any team since that Sudbury game – it is important to stress that Fylde are an extraordinary outfit. They were utterly scintillating.

They’ve used black bricks because everyone knows black bricks look cool. There are restaurants that look like Pollen Street Social. Even the stadium’s reception has been designed to look expensive. It’s a jacuzzi away from being a spa.

Is it treacherous to suggest it was a privilege to watch them play? Perhaps. Still, they are by some distance the most accomplished side Boston have played at this level in recent memory.

United may have been a shambles, but Fylde played like a team that would have gone toe-to- toe with a League One side and won. So if there is any comfort to be had in such a dreadful defeat, however tenuous, it’s that no team in the league would have escaped from the Fylde coast with points on that day, although some may have at least preserved their dignity. 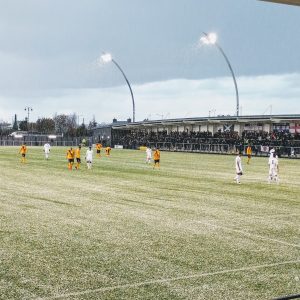 As away days do, they rarely get worse than this. Still, at least the surroundings were nice. From supporters of non-league’s traditional clubs, you’ll encounter plenty of snobbery about Fylde’s rise. There’s a deeply ingrained suspicion of the nouveau riche and an underlying scepticism about the longevity of such projects. ‘The new Rushden & Diamonds,’ some claim, and we all know how that turned out. Only time will tell, of course.

But for now, Fylde are the benchmark, and while Boston’s new stadium only exists as a hefty PDF, Flyde’s Mill Farm is a reality. Big money has been spent on it too. It looks a bit like an airport terminal crossed with All Bar One. They’ve used black bricks because everyone knows black bricks look cool. There are restaurants that look like Pollen Street Social. Even the stadium’s reception has been designed to look expensive. It’s a jacuzzi away from being a spa.

Meanwhile, in the bar, along with entire walls of screens there are buckets of champagne. It doesn’t even smell of stale sweat. It’s all wrong.

And, no, you probably don’t need automated turnstiles in the Conference North. At this level they’re viewed as a kind of black magic. But then, Fylde don’t intend on sticking around with us paupers much longer. The ground isn’t quite finished – I half expected to bump into Alan Rickman enquiring after his detonators – but when it is it will be the future-proof facility Fylde need to carry them towards their ultimate destiny as a Football League club.

Their aim is to be there by 2022, but at this rate they’ll probably be there a bit early.

‘STOP US IF YOU CAN’ says the officially-sanctioned flag permanently fixed to the home terrace.

Boston couldn’t. On this evidence, nobody will.

This article was originally published in the Boston Standard 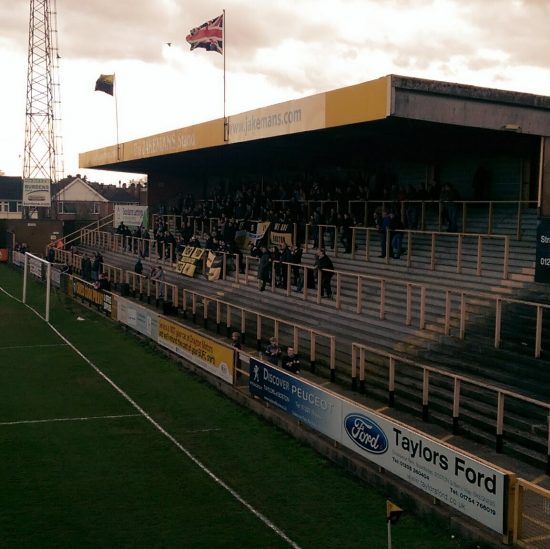 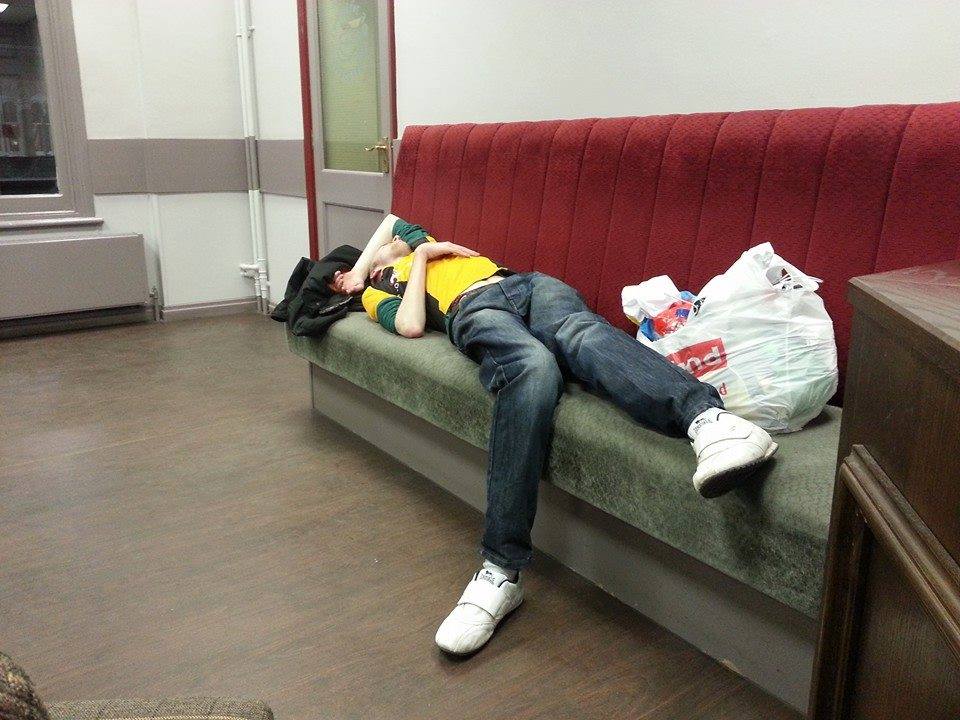