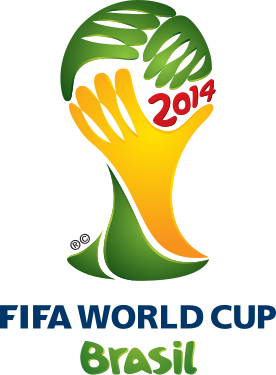 So that’s that, then. After quite literally years of fevered build-up, controversial favela pacification, stadium construction nightmares, infrastructure failures and allegations of high-level corruption of the worst order, it’s all over.

The last ball has been kicked, the last goal has been scored, the last Dutch winger has flung himself to the floor and rolled around 27 times while brandishing an imaginary yellow card and the last FIFA official has fled the country.

We’re going to miss it. Despite the distasteful commercial arrangements and behind-the-scenes shenanigans, every World Cup is an all-you-can-eat feast for the gluttonous football fan; a dazzling, head-spinning carnival that has even the sanest of people sneaking out of the office early to catch Bosnia-Iran, and this one was no different.

Indeed, for all the worries around the heat and humidity, the partially-built stadia and the horrifying prospect of Adrian Chiles taking to Copacabana Beach in speedos, Brazil 2014 was perhaps the most exciting tournament for a generation – even if the quality of the actual football at times resembled an FA Vase match in which half the players had overdosed on horse tranquiliser.

So football fans are understandably now feeling somewhat bereft, and who can blame them? All the people who sent angry letters written in green felt tip to the BBC because EastEnders was shunted out of the way are now restored to their own soporific existence, while the rest of us are left with unmown lawns, the unwanted legacy of all that beer and pizza lurking on the hips – and not much else. Apart from the Euro 2016 Qualifiers, the FA Cup, the Premier League, Champions League, Europa League, La Liga, Serie A, Ligue 1, Championship, League One, League Two and Boston’s new Conference North campaign.

So, with nothing to look forward to, and while the memories of Brazil’s magnificent show are still fresh, I have returned to my pre-tournament predictions (previously published on the Standard website under the generous pretext of an “expert’s” view) and compared them to what actually happened.

This isn’t going to be pretty.

PLAYER OF THE TOURNAMENT

What actually happened: Four goals, one assist, one broken vertebrae, one teary meltdown in a press conference

Yes, picking Brazil’s Neymar to be the player of the tournament was a bit like picking Neil Armstrong as my favourite astronaut who was the first man on the Moon.

Beyond the Barcelona star, the home side’s national team was so bereft of attacking flair that it was going to be incumbent upon Neymar to basically win the tournament on his own. On such a stage, in front of his fans, it seemed inconceivable he would wilt.

It looked like this was going to be the one prediction I was sure to get right. He did not wilt – he thrived under the intense pressure. He was magnificent. A game-changer, a one-man winner, right up until that moment in the quarter-final when Colombian henchman Juan Zúñiga’s knee left the superstar writhing around on the floor as approximately one billion people shouted “get up, you diving idiot!” at their televisions.

Except it turned out that Neymar was genuinely injured, booted so hard in the spine that his vertebrae cracked like an ice cube dropped into lukewarm Ribena. What followed was a bizarre outpouring of national grief not witnessed since Rooney snapped his metatarsal just before the 2006 tournament.

Grown men openly wept, TV presenters spoke in hushed tones and photos of Neymar were clutched to the nation’s collective chest. It was all a bit weird.

The Brazilian FA stopped short of actually burying Neymar after a state funeral and three days of mourning, but the world still sniggered at the ludicrous deification of what is, after all, only a football player.

But it turns out the Brazilians were right to mourn his tragic loss. Neymar was so crucial to that team, so pivotal, that the fans knew perhaps better than anyone that without him their tournament was as good as over.

The tears weren’t just for him, but the impending death of a whole nation’s dream. And that’s exactly what happened. Which brings us neatly to my next prediction.

It is sad to think that, for all their contemporary pomp and fury, every World Cup is destined to end up as a handful of clips dissected by Jason Manford on some half-hearted (and cheap) show like The World Cup’s Most Amazing Moments.

Brazil 2014 had these moments in abundance, from stunning goals to exhibitions of Uruguayan cannibalism, but even the latter moment of rank stupidity was cast into the shadows by what will surely be remembered as the most extraordinary capitulation in World Cup history.

Watching Brazil’s 7-1 humbling in the semi-final, you could not help but be in awe of the thrillingly brutal Germans exploiting the hosts’ many and wonderfully varied deficiencies. Brazil were a highly amusing disaster, a confused mess of dubious talent chasing the ball like excitable puppies.

Charging into the German box while abdicating all defensive responsibilities, David Luiz leant a whole new meaning to the term ‘suicidal defending’, while poor old hapless Fred was so wretched it was easy to forget this was a World Cup semi-final, and not SoccerAid. I was half expecting him to be replaced by Gordon Ramsey.

But to claim that Brazil were architects of their own downfall is only partially true, for even the mortally wounded need picking off. Indeed, like a ravenous man trying to pick dishes from a takeaway menu, a lesser team than the Germans may well have hesitated when presented with such a wide array of potential opportunities, unsure which flaw to exploit first.

But rather than stammer and stutter, the Germans did not panic and order chips instead of crispy duck. They bought every dish on the menu, sacked the chef and bulldozed the restaurant. So it is correct to say that, contrary to my prediction, Brazil did not win the 2014 World Cup.

It was a terrible blow for those who had dreamt the country would finally vanquish the haunting memories of their failure in 1950, or who simply had a tenner on it.

To the rest of us, it was brilliant. And let’s be honest: if you are not going to win a World Cup, you may as well provide the watching millions with jaw-dropping entertainment and not win it in spectacular style.

In this regard at least, Brazil did not disappoint.

This article was originally published in the Boston Standard