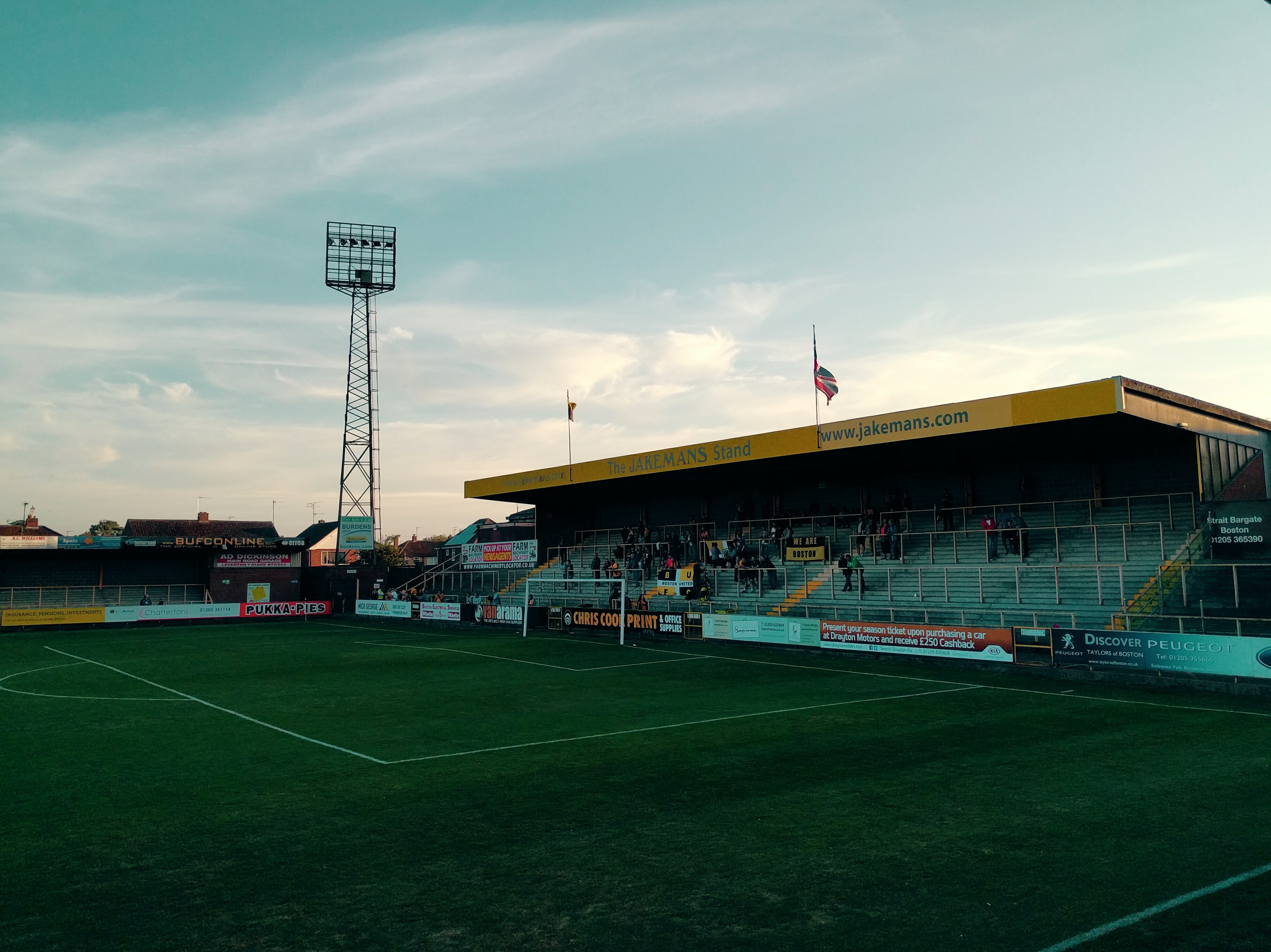 Well, this is it. There is no doubt this time. No “what ifs”. No “maybes”. No strange permutations to consider, or global pandemics. This time it’s for real. Today’s match will be the last ever game of football to be staged at York Street.

Honestly, it feels strange even typing it. The finality of it, the absolute certainty, is slightly chastening. After today, the next ball this stadium will see will be a wrecking ball – unless any of Lee Canoville’s clearances ever fall back from orbit.

As I wrote my notes for the semi-final game against Gateshead, I thought it unlikely that we’d end up playing Altrincham at home in the final. Football tends not to work out as you hope it does. But, for once, it did, and we’re back at home one last time for, fittingly, United’s biggest game since they were relegated from the Football League.

Funny old game, eh? After all that #Promote2 hype, today’s guests Altrincham went to York and promptly turned over the team that, for my money, would have gone on the win the league had the season not been curtailed. Cheers, Alty. Appreciate it. That being said, I’m not entirely comfortable with your new role of going about the country spoiling everyone’s day by winning games at grounds hosting their final games. You can knock that on the head.

After welcoming generations of Bostonians filing down Shoddy’s Lane to watch their football, York Street is signing off.

But what about those Pilgrims? Our record against Gateshead in recent years is most diplomatically described as “unconvincing”, which isn’t a word you’d use about the thrilling victory last Saturday. Gateshead started the match in a way that suggested they were keen to replicate their emphatic victories earlier in the season and after JJ O’Donnell’s opening goal (thanks to a sensational, virtually unplayable in-swinging free-kick from Greg Olley), the Heed seemed in ominously fine fettle.

But United didn’t finish third in the league by folding that easily. For all Gateshead’s early dominance, Boston grew into the game magnificently. They were soon hoovering up second balls and snapping at their guests before going on to overwhelm them in the second half. Sure, we could dwell on the contentious penalty decisions, but they mostly went our way… so let’s not.

At the end of the game, David Newton walked down the touchline, past the dugouts, flashing a cheeky grin towards the few people sat in the Main Stand. It was a touching moment. He and COVID-19 guru Neil Kempster had been rewarded for all the hard work (and no small amount of hard cash) that had gone in behind the scenes to get games on in a ground that had already started to be dismantled. It was no doubt a stressful few weeks for all involved, but Craig Elliott and the team had made it all worth it.

For last Saturday anyway. Today, we find ourselves in a position we’ve not been in for a decade – one game away from promotion, and the chance to start next season (whenever that might be) in a new division and a brand-new stadium.

After this odd season, with memories of packed stands against Rochdale sadly contrasted with the sparse terraces of its final two games, saying goodbye to York Street is going to be difficult for everyone.

There’s little point trying to predict what might happen. It’s a one-off, winner-takes-all game after months of inactivity. All we can hope for is that Boston United give York Street the send-off it truly deserves and get us back into the division it was originally built to help us escape from.

After this odd season, with memories of packed stands against Rochdale sadly contrasted with the sparse terraces of its final two games, saying goodbye to York Street is going to be difficult for everyone. For years now, we’ve known the end is approaching, but, even as the ground has played its final matches, we’ve never known quite when that end will be.

But not today. Today really is the end, and while fans will again be denied the opportunity to be here in person to say their goodbyes I think I speak for us all when I say I’m grateful to have one last chance to watch a game here – even if, like the rest of you, it’ll be via internet stream. In the absence of anything else, I’ll take it.

So there we are. After welcoming generations of Bostonians filing down Shoddy’s Lane to watch their football, York Street is signing off. No matter what happens today, we’ll never forget this place. Whatever becomes of this patch of land in the middle of Boston, it will forever be intertwined with the history of what went before. And sure, in a couple of years the centre spot may well lie under someone’s utility room or the middle aisle of an Aldi, but this magnificent old fashioned stadium will always live on in our memories – not to mention our hearts.

That’s also me signing off. Thanks for reading Terrace Chatter during this most surreal of seasons. Stay safe, and see you in Wyberton.

Boston went on to lose this final 1-0. As a historical footnote, it turned out the line ‘the next ball this stadium will see will be a wrecking ball’ didn’t turn out to be accurate. After Boston United vacated the stadium, local side Railway Athletic moved in, playing there until their dissolution in 2022.