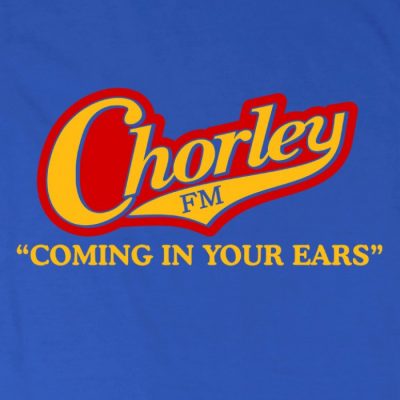 It was the weekend that proved that football is verging on anarchy. No matter where you looked, chaos reigned.

It was supporters up in Scotland and down in London vaulting barriers to confront players, as some breathless pundits warned of knife attacks and a return to the fences and others – half seriously you’d hope – suggested gunning down pitch invaders.

Elsewhere, startling revelations about Manchester City’s financial impropriety were splashed across the back pages and Blackpool fans celebrated wrestling their club back from disastrous ownership with a display of pyro so spectacular it looked like a refinery had exploded. And, most improbably of all, Boston United scored a late winner at Southport. The world, it seemed, had gone mad.

YOU WHAT? Yeah. I know. A late goal… that went our way? Say it ain’t so. Sure, Boston have a glorious history of late winners at Southport, but few will have seen this one coming. Terrace Chatter has long marvelled at the magnificent bedlam that has dominated the Vanarama North and lamented the fact that the Pilgrims have been unable to take advantage of the most open season for years. But if the win at Southport proved anything, other than you’d be mad to bet on this division, it’s that this season – as frustrating as it has been – isn’t quite over yet. Defeat against Stockport last week was nonetheless coupled with an encouraging performance and the way United claimed victory on Saturday should certainly give anyone writing this squad off as a bunch of bottlers pause for thought. Even now, after all the twists and turns, the play-offs are tantalisingly close.

THE TIME IS NOW If Boston are to even contemplate sneaking into that top seven, they’re going to have to start winning more games here at home. Which is all fine, until you consider that there only four games left. Ack. Worse than that, look who are back in town today. Uh oh. Quite apart from terrible memories of That Game, and all the omens, today’s visitors are embroiled in a bitter scrap with Stockport in what has finally settled into a two-club race for the title – although it’s probably the weirdest title race we’ve ever seen. Without wishing to denigrate the achievement, whoever wins this mess of a division will do so not by triumphantly sweeping all before them, but more collapsing over the finishing line whilst on fire. As it stands a single point separates the pair and with 69 goals to their credit it’s fair to say Chorley may be an even tougher test for us this afternoon than Stockport were last Tuesday. But we went into that game having conceded a gut-wrenching, last-kick-of-the-game equaliser against Telford. Today, we take to the field with that late winner at Southport fresh in the memory, something you’d hope might help Boston translate that good(ish) performance against Stockport into something more tangible today. But then again, this is Chorley. Frankly, I think I’d rather face my dentist.

WORLD WIDE DREAD This week saw the internet celebrate its thirtieth birthday much like most people do: with an embarrassingly public display of tearful introspection about where it all went wrong followed by crippling anxiety about what horrors the next ten years will bring. Still, despite the web’s notorious cesspits of diabolical content – such as, say, Infowars, or Gainsborough Trinity’s forum – Google celebrated the happy occasion with a retro doodle that will have brought a wry smile to the face of anyone old enough to remember 56 kbit/s dial-up connections being constantly interrupted by your mum picking up the phone.

FOX NEWS Brilliantly, the first ever website dedicated to Boston United is still out there in all its dial-up-friendly format. Updated after every match by the venerable Ken Fox (the guy with the camera at away games who always seems to snap you when you’re picking your nose) it remains the go-to place for those of us obsessed with the history of Boston United. Packed with history and stats and some amazing old photos, it’s as invaluable a resource now as it was when it was first published to the internet in 1995. And while the role of the internet in shaping our society comes under greater scrutiny as it hits thirty, sites like Ken’s stand like ancient relics in a swamp of hate, reminding us of the days when people would venture online not to send abusive tweets to their local MP, but simply to find out who it was who scored that Boxing Day hat-trick against Kettering in 1985. Happier, simpler times.

MIA Incidentally, has anyone heard from Chris Townsend since that game?

This article originally appeared in The Pilgrim matchday magazine. Boston United lost this game 0-2 in front of 1007 fans.