Well, thanks for that, John 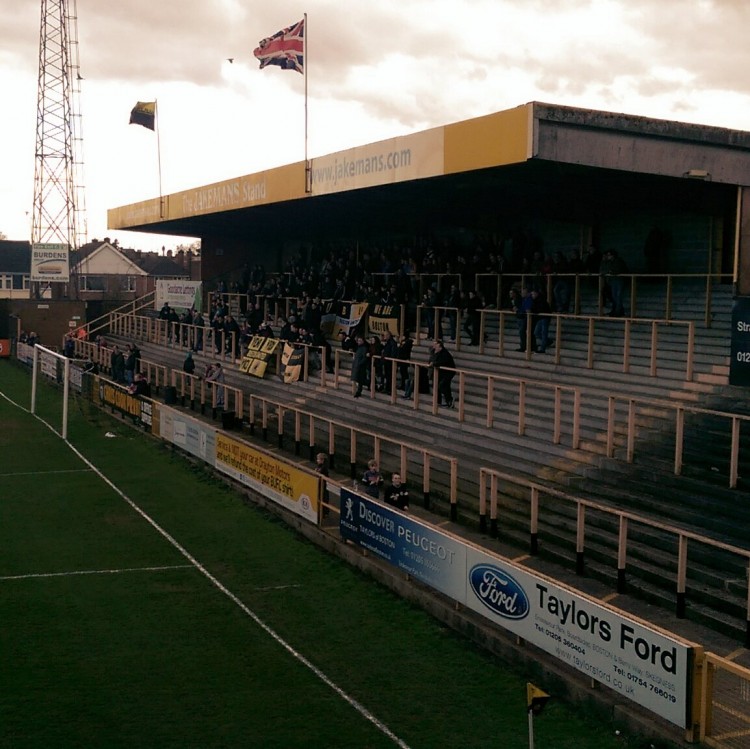 Well, thanks for that, John

Well, thanks a lot, Grimsby. Thank you very much. Not content with fouling up your own hopes of automatic promotion through sheer lack of competence, you’ve decided to sabotage the season of a cute, cuddly little part-time outfit down the road which, apart from systemic financial dishonesty spanning several seasons between 1998 and 2007, had done very little to deserve it. Lovely. Thanks.

Hasn’t John Fenty read the script? He’s supposed to be a rubbish chairman, a terrible communicator, a boardroom bungler, an embarrassment to the good name of Grimsby Town. A man with the man-management skills of a traffic cone and the common sense of a lemming on crack. And then, from nowhere, he decides to swoop on York Street like some kind of demented bird of prey and ruin Boston’s season by nicking their cherished managers right when they need them most – with just seven games left and the Conference North poised for a rip-roaring season finale. What an absolute shitpuppet.

You’ll have to excuse Pilgrims fans who are feeling a little bitter at the moment. It’s just that, fresh from a decade of misery flailing ineffectively around the Northern Premier League, another under the hideous Steve Evans-orchestrated regime and a further couple of seasons watching Tommy Taylor not really trying and most definitely failing to look like he gave a flying fuck whether or not we won a game of actual football, it has been quite fun being a Boston United fan of late. Fenty really could not have picked a worse time to transform himself into an astute head-hunting genius.

For this highly unusual era of enjoyment, Boston supporters have had four people to thank, and, specifically, two hugely influential partnerships. There’s the boardroom duo of David Newton and Neil Kempster, chairman and vice-chairman respectively, who have done so much to get the club back on its feet off the field – a duo so popular that the Town End regularly reverberates to the sound of fans chanting their names. That doesn’t happen very often, anywhere.

But recent success on the field is due to the managerial double act of Rob Scott and Paul Hurst. Between them, the ex-Rotherham teammates have brought promotion back to the Conference North, silverware won – gasp! – honestly, plenty of drama and the promise of greater success to come. More than that, they have helped develop a renewed sense of optimism from the ruins of United’s disastrous sojourn in the Football League. The success of the team they assembled has made the town proud of the club again, rather than embarrassed. The fact that these two key components of the dynamic foursome have now departed, far sooner and in far more acrimonious circumstances than anyone would have thought possible just a few weeks ago, is galling.

Some Grimsby fans have detected the frustration from south Lincolnshire and have, quite rightly, taken the obvious despair at what Boston have lost to be an encouraging sign about what they have gained. Clearly, others remain unconvinced, fearing another ‘cheap option’. Some of the doubts are understandable: managerial partnerships are viewed with scepticism, and the debate about appointing up-and-coming young blood ahead of someone with a ‘proven track record’ (although the latter tends to be a euphemism for ‘mediocre journeyman’ more than anything else) is one that will spark lively and sometimes violent confrontations in pubs for the rest of human history.

These are precisely the worries Boston fans had two years ago. Keen to avoid the general atmosphere of complacency that had so marred Taylor’s reign, Boston fans were generally willing to back Newton’s bold gamble of snapping up the duo when Ilkeston Town, on the verge of collapse, failed to offer them new contracts despite them taking over the club mid-season and guiding them to promotion in the midst of chairman Chek Whyte’s financial meltdown.

It was undoubtedly a hugely impressive achievement, but nagging doubts remained. Managing a bankrupt, small-fry outfit from a desolate midlands pothole – where you can buy swastika laser-pens from the local fair and the fans are just happy they remembered to blink – is quite different to managing an ex-Football League behemoth in the cosmopolitan metropolis of Boston, Lincolnshire; a club with a reputation only slightly worse than Colonel Gadaffi’s and boasting a fanbase composed of some the most wretched, ungrateful, coffin-dodging miseries known to humankind.

As it happens, Boston fans needn’t have worried. The demands of taking over a club that attracts literally six hundred additional people through the gates didn’t faze the new managers one bit. If managerial partnerships really are doomed to inevitable failure, someone had clearly forgotten to tell them. The pair quickly transformed the United side from one with undoubted talent but a questionable attitude into one far hungrier and far less prone to being thrashed by teams named after car manufacturers and defunct brass bands. This is presumably exactly what attracted John Fenty to them.

Their first season at York Street was hugely successful: Boston won both the League Challenge Cup and the Lincolnshire Senior Shield, and it was only a disappointing 0-0 draw at Marine on the final day of the season that saw the title stolen by Guiseley. Despite the dejection, and spurred on by their dynamic managers, Boston brushed past North Ferriby in the play-off semi-final and finished the job at Bob Blackburn’s Bradford Park Avenue to claim their first honest promotion in decades.

Although this season has been a similar story, with United loitering with intent at the top of the table, their final months at United have been marred by a slight increase in player turnover, a number of inconsistent performances and Rob Scott’s increasingly hostile attitude towards a vocal contingent of perennially disapproving supporters. It’s this that marks out Scott as the more enigmatic of the two: he has the demeanour of a man permanently displeased with the performance of his players and generally a little pissed off with absolutely everything. But let’s be honest: if your manager is sat on the sidelines looking thoroughly annoyed with his team being 8-0 up, as happened at Boston, it’s probably safe to assume he’s not exactly the easy-going, happy-to-just-be-a-part-of-it character who is going to accept Grimsby getting thrashed on their home turf by Bath fucking City.

This is not to denigrate Paul Hurst’s role. Clearly he’s the quieter of the two, but as a pair they work extremely well together. A bit like Clough-Taylor, perhaps, but without the rampant alcoholism and simmering resentment towards Don Revie.

Tomorrow, Boston face Solihull in a fixture that matters enormously to a couple hundred people somewhere. With Scott and Hurst gone, Jason Lee and Lee Canoville have assumed coaching duties as Newton replaces one partnership with another, maybe hoping that the players don’t notice the difference. His fear is that the sudden disruption will derail United’s season. Conversely, ahead of the match with Tamworth, Fenty will be hoping that his new signings give his club the extra boost it needs to reach the play-offs and make an immediate return to the Football League. It would be an extraordinary story. It’s unlikely, but don’t rule out Hurst and Scott making it three play-off victories in a row.

Regardless of the outcome of this season, Grimsby Town have acquired a management team that is clearly destined for greater things. With the correct backing, patience from the boardroom and from the terraces, Hurst and Scott have a bright future ahead of them. And if John Fenty believes in them as much as they believe in themselves, so do Grimsby.

This article was written for, and first appeared on, Grimsby Town’s Codalmighty site. Check it out. It’s great. The site, that is, not this shitting article.