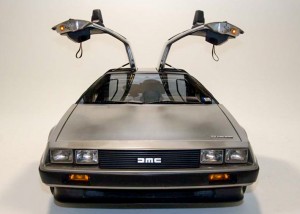 So you’re a Boston fan, and you’ve been given the opportunity to climb into Chris Cook’s magical time machine and travel back to a simple, happier time – before Just-Eat, morbid obesity and Louise Mensch were invented – and change something about Boston United’s history.

What historical wrong would you travel back in time to put right, like Doctor Samuel Beckett with his priorities all wrong?

Well, to start us off on an exciting odyssey of infrequent features anchored to a tenuous hypothetical premise, here’s Boston fan, football scout and railway station enthusiast Nick Upton, who begins his piece with the slightly alarming revelation that ToD was direct messaging him while he was in bed, which ToD absolutely did NOT know at the ti- [SNIP! – ToD HOLE DIGGING AVOIDANCE LAWYERS]

I was lying in bed, half-asleep when I was formally invited to write this piece. At the time, I had no idea what I was going to base it on.

Over the years, Boston United have had their fair share of both luck and misfortune. There’s many things I’d change – both out of curiosity and in order to better the club’s fortunes – and many things I’d have loved to have simply been a part of.

We’ve survived turbulent times on a couple of occasions, when it looked like the club may have dissolved and vanished into thin air. Arguably, that’s been our biggest achievement: keeping our heart beating for this long. If Accrington Stanley can falsely claim to be ‘the club that wouldn’t die’ (for those who don’t know, they died in 1966) then we, for once, can be seen as the honest voice in the debate when we claim that we truly are the club that flicks an old, dusty, middle finger to insolvency.

So, I can’t really say I’d change the fact that we took voluntary demotion in the 60s just to keep the club alive, nor can I complain about the demotion in 2007 to the old Unibond League. On the face of it, they’re both low points but would you take those outcomes in order to survive? Of course you would. Dying is the most embarrassing thing a football club can do. Ask Fleetwood: they’ve done it twice.

Boston United are the non-league team that inflicted the heaviest ever defeat on a Football League side in the FA Cup (6-1 away at Derby County in 1955) – other than that, we fail in cup competitions with metronomic consistency.

I’ve only technically been supporting Boston since the start of the 2013/14 season; merely keeping an eye out for results prior to that (we’ll say since around 2004).

However, I’m lucky in the sense that Boston United are one of the more interesting clubs in the country, not just in non-league. Plus, anybody with a passing interest in non-league football ought to be aware of two things in particular; Boston United are the non-league team that inflicted the heaviest ever defeat on a Football League side in the FA Cup (6-1 away at Derby County in 1955) and that other than that, we fail in cup competitions with metronomic consistency.

Between the start of the noughties and present day we’ve seen United at their highest point in history – and conversely their lowest in terms of shame – and also as a relatively big fish in a small pond throughout their time back in non-league.

As a league side, Boston failed to progress to the third round on four occasions out of five attempts. Up until the point when they saw off Swindon Town 4-1 in a 1st round replay, they’d also gone 23 years without beating Football League opposition in the Cup. What is perhaps even more concerning is the 11 times United have failed to get beyond the 4th qualifying round as a non-league side, and my God have there been some sore defeats.

As it turns out, it could be argued that the team that year was the up there with the best we’ve ever had, with the likes of Bazza, Ellender, Redfearn and David Noble to name just a few. They helped us to our highest ever finish in our existence of 11th in League Two. This was to be replicated just the once in 2005/06 when The Pilgrims finished just 5 points (and a good few goals) outside the play-off places.

The reason the Macclesfield game stands out so clearly to me is because, historically, they’ve been absolutely terrible against Boston. In 47 competitive meetings across all competitions, Boston have enjoyed 22 wins, 13 draws and suffered just the 12 defeats – and eight of those came in the thoroughly dismal 80s.

Though Macclesfield Town were born in 1966, ‘Macclesfield’ (the club’s original guise) knocked about in the Lancashire Combination Leagues until they helped to form the Cheshire County League in 1919. It took them twelve years to win it but they eventually went on to become champions on five occasions (6 if you include the one they won as Macclesfield Town).

Following this, they – along with Boston United – helped to form the Northern Premier League in 1968, winning and defending the title in the first two years of its existence. In the days when it was two points for a win, they quite honestly obliterated the rest of the league in ’68, finishing on 60 points. Their nearest challengers? Wigan with 48. Boston, meanwhile, finished 14th.

To put this into some perspective though, this was just four years after Boston United had turned amateur and were playing in the Boston & District League due to the crippling financial problems brought on by Ernest Malkinson. His exploitation of the United Pools in 1956 to unlawfully generate income to the football club lead to him receiving an indefinite ban from football (though this was lifted in 1958) and United’s gradual demise throughout the late-1950s and early 60s.

Boston bounced around from the Midland League to the Southern League for three seasons and then, bizarrely, the West Midlands Regional League at a latter stage. In any case, it’s to United’s credit that they managed to consolidate in the Northern Premier League at that point in time. What was soon to come was unprecedented…

Following the ’68/69 season, Boston finished outside the top five just twice in nine seasons, winning the title four times and subsequently cementing themselves as one of the genuine forces in non-league football. Despite this, Boston’s cup runs were still virtually non-existent. The one big draw they got came in 1973/74 against Derby County. Again.

There was to be no giant killing on this occasion as Derby won the replay 6-1, in a reversal of the spectacular result in 1955. Boston did come out of those games against Derby unbeaten at the Baseball Ground in both visits though, as the initial fixture finished 0-0.

Whilst the cup runs didn’t materialise, a run of form against Macclesfield did.

It took the Silkmen four years to finally beat The Pilgrims between 1970 – 1974 and then another eleven years until they beat them again between 1976 and 1987. Though to be fair to them, the two didn’t ever play each other between 1978 and 1987. Still, it sounds nice though, doesn’t it? Even in the Football League, Boston generally lead the way with five wins to Macclesfield’s two. Naturally, one of those defeats had to come in the FA Cup.

Barbara Singleton’s first few words of the match report sum up all you need to know about that particular game: ‘Boston United reserved one of their most inept performances of the season for arguably the day which had the most potential glamour attached to it.’

This was the third time in as many seasons that Boston had tossed away any hope of a run in the Cup, at the first hurdle.

Martin Carruthers (or was it a Chris Hogg own goal?) opened the scoring in the 20th minute via a deflection, before second half goals from Carruthers (undoubtedly this time) and soon-to-be Altrincham legend Colin Little sealed the deal in front of 2,059 (377 making the journey from Boston) at the Moss Rose.

What was particularly apt about this result was that it was the last time Macclesfield beat us. We went on to play them a further seven times (four wins, three draws) in the Football League before Steve Evans disgraced both the club and its achievements, seeing us condemned to the Unibond League.

Following Macclesfield’s win against us, they went on to knock Cambridge United out after a replay (penalties), who did they face in the following round?

Imagine if that was us. Imagine Boston United playing Ferencváros in Europe the following season. Imagine.

The team that narrowly (by a goal) denied Boston 10th place in the league that season, which would’ve been their highest ever finish: Swansea. The Pilgrims had lost 3-0 and drawn 1-1 with Swansea that season already and the 3-0 had come at the start of the season when our form was – it has to be said – fairly awful.

In a one-off game, you’ve got to say Swansea were beatable opposition back then and they only played a very average Preston and a play-off chasing Tranmere in the 4th and 5th rounds. If ever there was a real cup run to be had, maybe that was it? Who wouldn’t have loved a quarter final date with Millwall?

It won’t have been particularly glamorous, but for a club with – generally speaking at least – such a lacklustre FA Cup history, I’m sure nobody would have complained. Can you even begin to comprehend Boston getting to a quarter final? That was the year Millwall went all the way to the final too. Imagine if that was us. Imagine Boston United playing Ferencváros in Europe the following season. Imagine.

Now, the best we can hope for is a friendly with Sligo Rovers, out of gratitude for us being Notts County’s puppet – helplessly surrendering one of our finest players – during the whole Jordan Richards loan saga.

One year we’ll have a run and win the whole thing. Won’t we? WON’T WE? YEAH. Yeah.

Well, if that gloomy précis of Boston United’s inglorious FA Cup history hasn’t left you sobbing into your pillow and pounding your fists into your suspiciously-stained Ikea pocket-sprung mattress while yelling, “WHY GOD? WHY? WHY, GOD? WHEN WILL BOSTON WIN AGAIN IN THE EMIRATES FA CUP? WHEN, GOD? WHEN? WHEN WILL BOSTON WIN AGAIN IN THE LITTLEWOODS FA CUP TROPHY VASE? FAAAATHHHHHEERRRRRRRR?” (or perhaps a more secularised version of such wailing if you treat the notion of an ethereal deity with as much scepticism as you do Burger King’s allergen information), then PERHAPS you might like to offer your own version of ‘THINGS I’D CHANGE IN BOSTON UNITED’S HISTORY IF TIME MACHINES WERE AN ACTUAL THING’ which you can do right now by contacting us by the Twitter or the Facebooks or the contact forms and writing words with your fingers explaining what exactly you would change – DO IT NOW, OR MAYBE LAST WEEK WHO CARES YOU HAVE A TIME MACHINE.

God I love the "Boston Memories" Facebook group. Someone posts a photo of some old shops and now the chat, as after every post, is about the "good old days", back when Boston was a rich wool town.