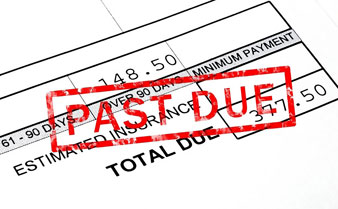 Embarrassed Boston officials were playing down the repossession of the ‘United’ part of the club’s name by bailiffs early this morning, claiming that they were never really that United anyway.

HMRC collections officer Bob Gufftrucker warned the Pilgrims that he would be back for the club’s nickname next week, and then move in for the ‘Boston’ if the club do not repay at least part of the absolutely gigantic debt owned to the public purse.

“To be honest, the ‘United’ ain’t worth that much anyway,” Gufftrucker told impsTALK. “We normally have a dozen of these repossessed in any given season. ‘Pilgrims’ will get a few bob at auction, but the ‘Boston’ is also pretty bloody worthless as well. Bunch of scamming chancers.”

The Revenue had already toured York Street looking for assets they might be able to sell, but pickings were slim.

As HMRC moved in on the South Lincolnshire side, important Boston fan Bob Mugfret-Fishhead witnessed the drama unfold from his house in Staffsmart Street.

“A black van pulled up to the ground and a number of henchmen armed with baseball bats, a flamethrower and a sternly worded letter piled into the ground,” the curtain-twitcher said. “After a few minutes they emerged holding the United with a little wooden puppet running after them, like Benny Hill.”

Speaking later to the press, Little Jimmy was in a defiant mood.

“Feck ‘em, feck ‘em all!” he screamed, as an embarrassed Jim Rodwell tried to hide him under a table. “We were never that ‘United’ anyway! Feck the lot of ‘em, the fans, the revenue, the players, feck BUSA, feck the Trust, feck you Jim, feck you – feck ‘em all!”

“We need a new name,” Rodwell himself said, before disappearing in a cloud of smoke.