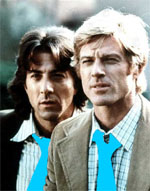 Boston Standard hack Duncan ‘Rich Havana’ Browne, chairman of the Lisa Rashid Fan Club, is a busy man. But he was still able to spare a few minutes of his time answering impsTALK’s CRAZY end of season questions…..

Moment when it first truly hit home that ex-Football League giants Boston United were slumming it with part-time tinpot pub teams
Away at Harrogate in August, our first game on the road. At kick off their mascot (in a full tiger suit) simply took off his head and took his place behind the goal, smoking a fag and tucking in to chips and peas while shouting abuse at Boston’s team. Even the Panther never acted so ‘semi-professional’.

Club where you had to check your normal hilarious banter about rat/dog burgers upon the sudden and somewhat horrific realisation that the burger was indeed a rat/dog patty
Pretty much everywhere. Although Redditch’s chicken soup would have driven Hugh Fearnley-Whittingstall/Jamie Oliver to clucking suicide…

Club with toilets so indescribably dreadful you’d rather let your bladder swell up and pop in a grotesque explosion of urine rather than enter and risk contracting cholera even though a ruptured bladder is actually a very serious medical ailment in its own right
Burscough! Their ground was at the bottom of Coronation Street and their urinals were a hole in their ground stuck behind an open-top brick wall. Still, better than anything at Hereford or in France.

Away support at York Street that most closely resembled the abject, piteous air of a group of captured Polish POWs in World War 2 awaiting their imminent execution next to the trench they’ve just dug in a muddy field two miles north of Gdynia
The Gainsborough 26 – a number so low that they sound like a bunch of falsely-imprisoned Irishmen in 1970s England. Not the lowest number of fans we had through the away end but made so terrible due to the fact it was just down the road (in BSN terms). I mean, would you travel all the way from Leigh to watch the lowly RMI? Nope, not even if you’re away at Stalybridge or Hyde.

Tommy Fackin’ Taylor’s Fackin’ Quote of the Fackin’ Season
“I told Craney to lose some weight and he turned up at training with a Big Mac. At least he made it to training.”

Your nomination for the 07/08 Andy Butler ‘It Can’t Get Much Worse Than This, We Should Be Tonking These Two Bob Village Outfits’ result of the season
Leigh RMI 2 Boston United 2… their equaliser coming from a reality TV star. A new low.

07/08 player of the season written in a code only you understand
His dad used to play for the club (and he’s not called Keith).

Best service station
Would like to say Truckhaven, on the way to Workington/Barrow, but sadly missed the turn off. That said, the Farm Shop thingumy in Cumbria on the M6 on the way back – used to be my favoured stop off on the way back from Carlisle – is always a joy. Love the large black and white pictures of Cumbrian wrestling that sit on the walls. Grrrrrr!

Leaving aside for the moment UK law concerning deliberate acts of violence resulting in the death of another person, who, in your blood-crazed fantasies, would you skewer with a ricin-tipped umbrella at a bus-stop if United go belly-up in the summer?
Lee Trundle… and the bloke from Southport who didn’t give us our ball back!