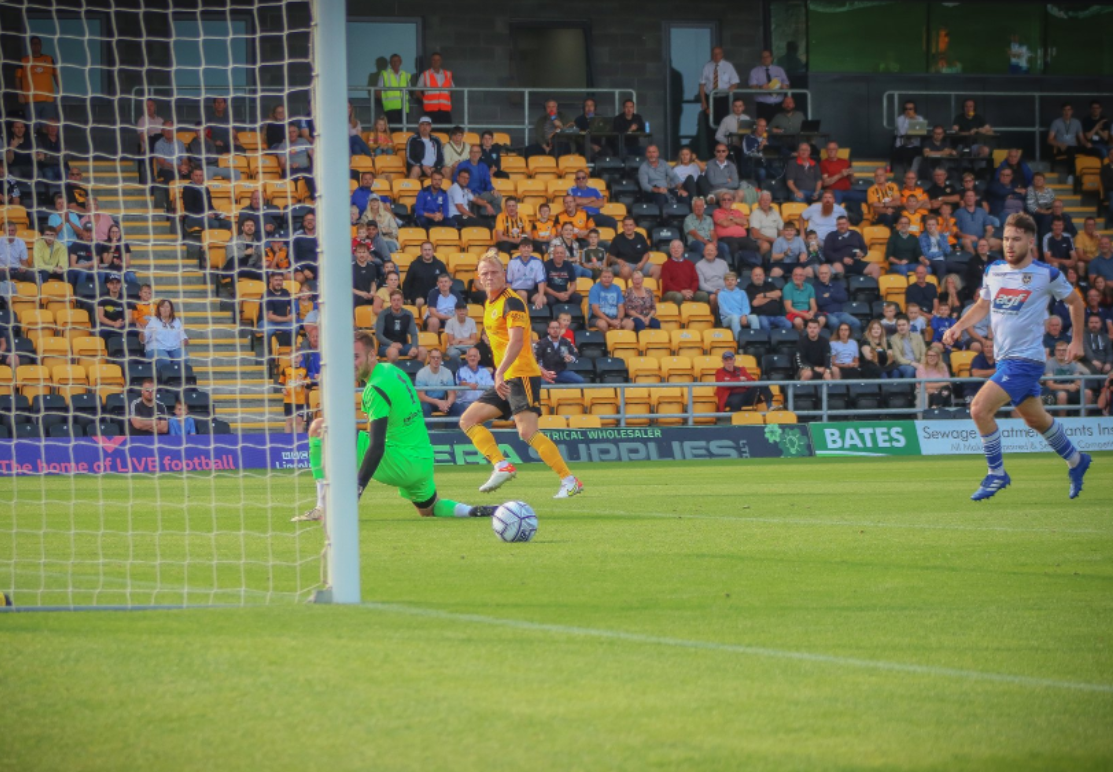 As we continue to reflect on the 2021/2022 season, Christian ‘Spreadsheets’ James joins ToD to give his spin on what he enjoyed most about the season, and what he really didn’t. If you’re a Chester fan, look away now.

You’re almost certainly already following Christian on Twitter, but if you’ve somehow evaded his tweets about the number of bookings Boston have suffered when playing games on the 14th of the month when the temperature has been below freezing and the tide is out, you’d better get on it.

My favourite moment of the season was…

When Jake Wright won the penalty at Fylde. Any victory at Mill Farm would have been great but in a play off semi final, with that threadbare squad and just three days after winning at Kidderminster. Proper against the odds stuff.

To contrast, suffering the expected defeat that afternoon, with such a meagre crowd toasting every goal, would have been awful. Defeat at Kidderminster would at least have felt like we lost in a big occasion – Fylde would have been a damp squib.

My player of the season was…

Shane Byrne – consistency is never going to be a word we will associate with 2021-22 and so anyone who maintained their standards week in week out deserves praise. Shane has been one of the best players in this league for a number of years now and his move to United hasn’t changed that. A class act, I hope he stays.

My goal of the season was…

Jordan Burrow at home to Guiseley – not one that seems to have been remembered, but the build up play on the counter by Danny Elliott and Jordan Preston was perfect- slipping in Jordan Burrow to roll home first time, in off the far post. Olly (@oaphotography1) got the perfect picture of what was a classy finish. Beautiful stuff.

My favourite away trip of the season was…

Not to brag but I chose my away trips pretty well this season – having been to 15/29 I missed just three wins and witnessed only four defeats, and would have made it to Kettering and York had it not been for a) a cricket awards dinner and b) the fact we’d been to Alfreton the previous midweek. So there are a few to choose from.

The three wins in May to reach the play offs and then the final were great occasions, but I will have to go for the victory at Brackley (in the league, it was far too cold in the trophy). I enjoy a visit to St James Park, the people are friendly and the ground is an interesting combination of old terracing and small new stands. The food is good, the journey isn’t too bad.

Beating the league leaders late on, through Keenan Ferguson of all people, was immense. A big away following, a big three points.

I really wish I hadn’t bothered going to…

Chester. What a dreadful spot that ground is in, as if it’s been dropped from outer space into the centre a brownfield site twice the size of the stadium itself. Given the subsequent English-Welsh border farce, it begs the question why did they built it in the furthest corner from the road?

The high of four straight league wins was enough to convince me to the trip to the Deva Stadium was a sane way to fill half a weekend in November. A 4-0 defeat and two United red cards later, it was clear I had been disastrously misguided.

£20 was the charge to occupy a seat in the away end, and having set off on the BUSA bus at 9:30- arriving a whole 90 minutes before kick off- I was hoping for better options than chips, crisps or a chocolate bar when I reached the snackbar. Little did I know the hour or so sat waiting for the start would be the best it would get.

We conceded early (of course) then imploded via the sendings off of both Scott Duxbury and Danny Elliott before letting three goals in in the last dozen minutes. The only solace took three months to arrive- the goal difference reclaimed against the Seals at home.

I think our first proper season at the JCS was…

Frustrating. The last few weeks, making the final, make things look better than they were. At the start of the season home form kept United going – and the attendances all year have been a real plus point – but as that fell away the whole thing descended into anger towards Craig Elliott, and then an apathy as the season headed into Spring with United mid table. The last few weeks pulled it all back a bit, and gave the fans something to rally behind, but the season has largely been one of frustration. A fact seemingly not forgotten by Paul Cox who has already stripped out half of the squad.

If I could retract one furiously held opinion I had during the season, it’d be…

That Danny Elliott doesn’t score ‘poacher’s goals’. Particularly as the season wore on, I’d have conversations with people about Danny, and question why he didn’t seem to be heralded in the same way Ricky Miller and Dayle Southwell were given how comparable his record is.

I concluded that the difference with Danny was you didn’t turn to him for a game clinching moment, to win it on his own, as Southwell and Miller often did, and nor did he score those classic centre-forward six-yard box efforts (a la Newsham). Farsley, Kiddy and Fylde put that hypothesies to bed.

If we’re going to get promoted next season, Paul Cox has to…

Strike the balance between freshening things up and a full rebuild. There are plenty of good elements in this squad, but to stick with the majority (which scraped in to seventh) and expect big change would be hopeful at best and naive at worst. Hence, as previously mentioned, Cox having only opening negotiations with 12. If he can work out how to keep the injuries and gambling bans down to a minimum next season as well, then great!

If Boston United could improve one thing off the field next season, it’d be…

Getting that south stand finished. I know the chairman’s addressed it, and it isn’t necessary bar a double-promotion to the Football League, but it would be nice to get it finished. I’m also harbouring hopes that the tall sports hall structure might cut out some of the wind.

Promotion. Having lost the last two play off finals, the only progression is to win promotion. It’s a tough ask, but i think the club is more than ready (also, a cup run would be nice please – Lincolnshire senior doesn’t count).

Want your answers to feature on the hallowed pages of a webzine that only gets updated once every 18 months? Then send them through to contact@trailofdebt.com or DM @TrailOfDebt on the old Twitter thingy NOW! NOW!!!