From Workington to Holwell: Partial Attempts At Redemption 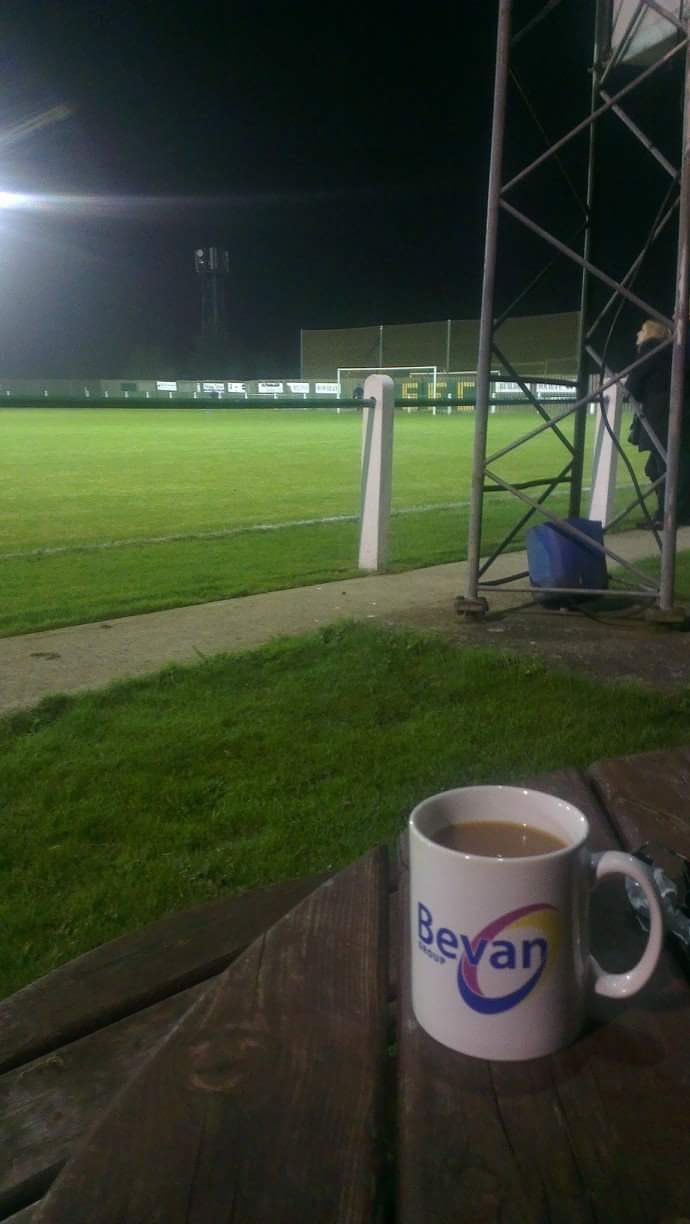 From Workington to Holwell: Partial Attempts At Redemption

There’s an advert promoting the Premier League you’ve probably seen on tv recently. From Barclays, and under the weird pretence of thanking football supporters for funding the top flight’s transformation into a commercial free-for-all, it’s half a minute of faintly nauseating, mawkish slop in which fans are either travelling to games in a state of euphoric delirium or gazing wistfully into the distance, grateful that the Premier League’s mere existence illuminates their otherwise horribly drab little lives.

You’ll probably remember the Everton fan. He’s the elderly bloke draped in scarves; the bloke who survived world wars, Margaret Thatcher and the rise of Status Quo only to be rewarded with a decade of David Moyes. Still, there he goes: toddling off down to Goodison Park to be personally greeted at the turnstile by a pleasant steward who, entirely at odds with the reality of attending top flight football matches, doesn’t resemble a shaved Staffordshire Bull terrier on steroids barking at you to put your phone away.

But, what’s this? It turns out he’s not an actor. He’s a real Everton fan. His name is Billy Ingham and he’s 86. It turns out Billy has been an Everton fan for70 years and – get this –never misses a home game. Billy, the advert suggests, is a proper fan. You won’t catch him sending abusive tweets to Stan Collymore from his armchair while sticking up for cannibal racists diving across the pitch on Sky Sports. Barclays thank you, Billy. No, really. Thank YOU.

If I sound a bit bitter, it’s probably because I am. Not missing a game for 70 years isn’t so much a badge of honour as a Mount Rushmore-sized monument looming over the Mersey, and reading about Ingham’s incredible record is enough to leave all but the creepiest of football obsessives feeling distinctly inferior. Particularly people like me.

I own up. I’m no Billy Ingham. I’m a part-timer. A shambolic excuse of a fan. I’ve only been to two home games in three years. I have my reasons, of course: I’m too busy; I’m washing my hair; Dinner Date’s on. And so on. But really, I think what it boils down to is wilful laziness.

It wasn’t always this way. I served my time as a regular in the mid-90s, when United used to get humbled at home by the likes of Bamber Bridge. But I left Boston in 1999 and the thought of driving back across the desolate bad lands of Lincolnshire every other Saturday for 70 years fills me with horror. And you’re having a laugh if you think I’m going on that Skegness train more than once a year. Life’s too short.

Sometimes I want to believe the mere fact I support such a lowly side should exempt me from the inconvenience of actually having to attend games, but unfortunately that’s not how it works. Instead, I’m forced by my own guilty conscience to prove my supporter credentials in other, more creative ways.

All of which I offer as a sort of explanation as to why I ended up watching the Boston United youth team at a tiny little ground in Leicestershire with about 15 other people this week. It’s the kind of trip most normal people wouldn’t make and if they did they would only admit it to an inner cabal of trusted allies, a shameful little secret akin to admitting you get turned on by electricity pylons, or like Mumford & Sons.

So why go? It’s all about compromise. I might not have a season ticket, but I’ll go watch a handful of really awkward and unattractive games no-one else wants to. Because that’ll make it all better, right?

Not really. It’s the same awkward compromise that results in my annual trip to Workington, an obligation that never ceases to amuse people, not least Craig Singleton, the United press officer, who always greets me there with a chuckle that suggests he finds my obsession with the place a bit disturbing. I once did Workington twice in a season. Actually, that’s not dedication. That’s stupid. NASA can fire spacecraft past the moon in the time it takes to do the round trip, and that’s not even a joke.

But I can’t stop there. It’s not enough. My conscience demands more. So, every year, at least until Boston get knocked out, a mate and I drive deep into rural backwaters around the East Midlands and watch the youth side compete in FA Youth Cup ties at places like Carlton Town, Oadby and Mickleover.

These are obscure games at obscure teams where, like watching a band in your local pub, the crowd is so thin you worry that your applause sounds sarcastic. They’re games where every shout, every call, every muttered obscenity floats across the pitch with crystal clarity. You talk in hushed tones, in case your comment that number nine should have buried that last chance is actually heard by number nine. Or, worse, his dad.

This week, Boston’s youngsters faced Holwell Sports, a small team in the East Midlands Counties League, based in a village near Melton Mowbray. Despite being a bit of a non-league hipster, I’d never heard of Holwell before. An ex-works team playing in the shadow of the old ironworks, they have no history to speak of. A couple of appearances in the FA Vase are all that crop up. I spent most of the night calling them Holbrook.

Arriving there, it was the usual story: the bloke manning the gate looked faintly bewildered that people were willing to pay to watch the game, even if it was only three quid, and entering the ground felt a bit like intruding on parent’s evening.

But no matter, because brilliantly – and this is why non-league football is better than the stuff Sky show – tea at Holwell is served in an actual ceramic mug, which you can enjoy at a picnic table next to the pitch. Small, simple pleasures. I’m not used to it. Holwell not only trusted me not to boot the mug into the face of the nearest home fan, they also trusted me to return it to the tea bar – although when I did the bloke seemed quite surprised that I did.

Unfortunately, the game itself wasn’t really a game. Boston tore into the home side relentlessly – every ball a positive one, attack, attack, attack. They didn’t give Holbrook – sorry, Holwell – the ball back until they were four goals up. Only when Steve Welsh bellowed – so loudly it sounded like he was standing three feet away – “PASS! PASS! PASS! PASS!!!” – did the young Pilgrims slow down and find comfort in the occasional backwards pass.

Boston could have scored 10 but somehow didn’t, and it ended 4-0. The home side trudged off, aggrieved at a ghost goal erroneously awarded by the linesman, but otherwise well beaten. Lads walked over to their parents, consoled by the odd, mumbled ‘unlucky, son’, while the Boston clan gathered in a huddle, because huddles always work.

We joined in the modest patter of applause and made our way towards the car park, past the ramshackle little stand you probably can’t stand up in, past the wall with windows so you can watch the bowls next door and past the poster advertising a forthcoming game against ‘Caterpillar’.

Another ground no-one wanted to go to, another game no-one wanted to see. I may not be Billy Ingham, and Barclays really wouldn’t want to film an advert about a fan like me, but I had temporary redemption of sorts, I suppose. I’d spent three quid, seen some goals and witnessed goal-line controversy. Not a bad night’s work really. I wish I’d kept the mug though.

But redemption has a shelf life. I’m off the hook for a bit, but it won’t be long until my conscience is prodding me back into action.

As I neared the exit, I bumped into Craig Singleton. “See you at Workington,” I said.

He looked back at me with a knowing grin, and laughed.