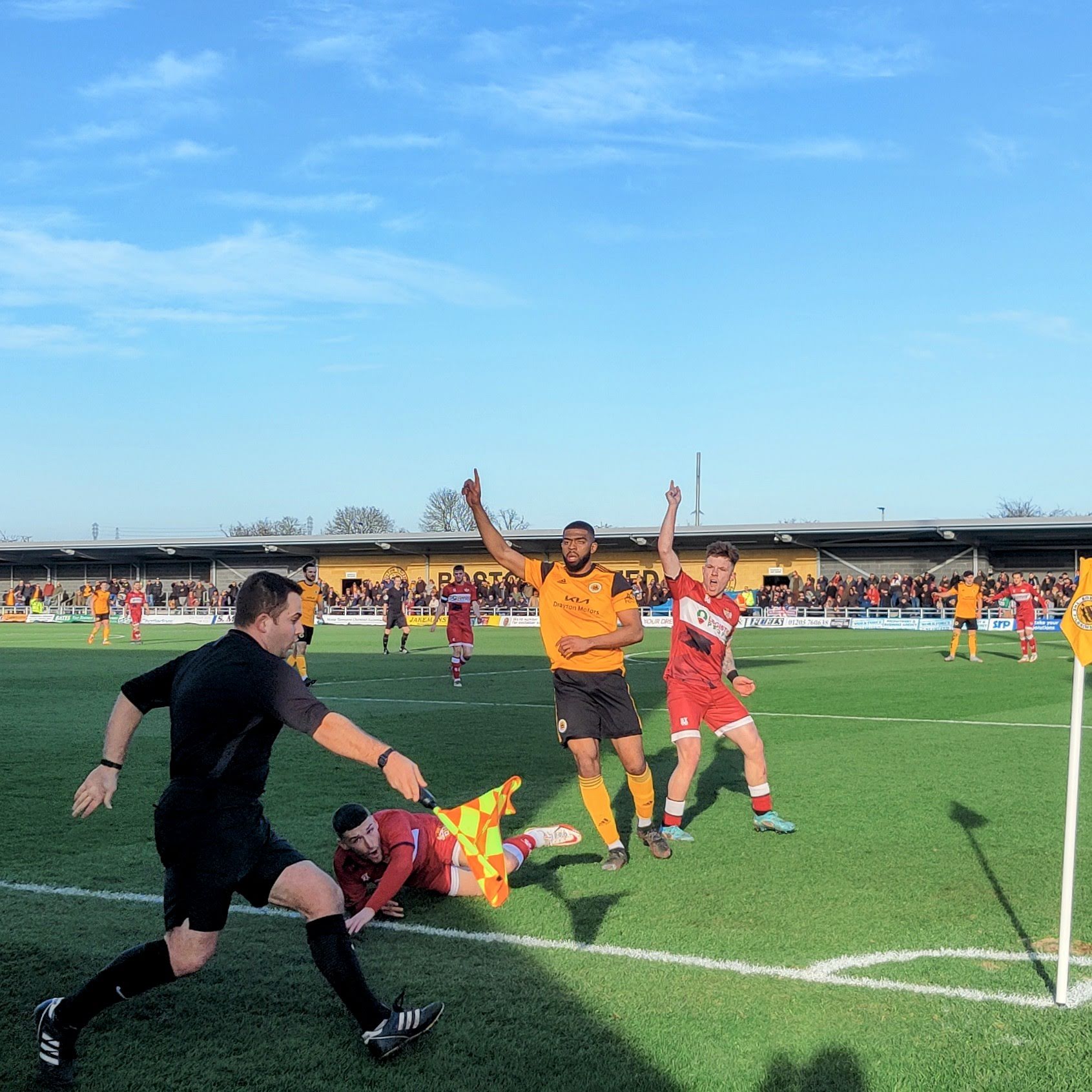 So, the 2021/2022 season is over – and it ended in unexpected playoff heartbreak after an underwhelming race to seventh place. But as with every season, there’s more to the story. Pete Brooksbank gives his highlights – and lowlights – from what would turn out to be a really weird season.

My favourite moment of the season was…

Going 2-1 up at Kidderminster. I thought we had a game like that in us in the play-offs, but to actually see it happen for real was special. And, unlike at Fylde’s rather sparsely populated Mill Farm a few days later, Boston did it in front of a huge, raucous, partisan crowd. Let’s be honest, those moments don’t happen that often for Boston United, especially away from home.

My player of the season was…

Shane Byrne. And not just because he had his teeth knocked out early in the season and reacted like he got a papercut. An exceptionally classy operator in midfield, he was, along with Marcus Dewhurst, one of the few players to have been consistently outstanding throughout the season. I’m desperate to see him return next season. And a massive shout to Dewhurst too, a brilliant keeper with a fine career ahead of him. If he’s not in Sheffield United’s regular squad next season, he’ll surely be out on loan again somewhere in the Football League, and deservedly so.

My goal of the season was…

Danny Elliott’s winner at York. A goal the moment it left his boot.

My favourite away trip of the season was….

York. Yes, I know – we lost, but it was an oddly stirring occasion, notable for its atmosphere and the ‘big occasion’ feel – the biggest since Wrexham. Of course it went wrong – it always does – but you have to lap up these moments when you can. And while I’m really not a fan of the LNER Stadium – what with its weirdly cramped concourse and feel of a temporary stand – I’m glad I got to tick it off. I don’t think I’ll be going back there any time soon.

I really wish I hadn’t bothered going to….

Stratford. They actually did recite Shakespeare as the teams took to the pitch, which set the scene for a humiliating evening. We lost, it rained the entire game, and they ran out of beer. And I ruined a brand-new pair of trainers helping a van get out of the mud in the carpark, as some idiot sat behind us beeping his horn, eventually overtaking us instead of helping. Not a night that will live long in the memory.

I think our first proper season at the JCS was….

A huge success, all things considered. There have been teething problems: service times in the concourses are slow, parking is an issue and there appears to be a fractious relationship between fans and stewards in certain areas of the ground. But overall, things are looking incredibly positive. Club 85 is hugely popular, and rightly so, and Ellenders is a wonderful venue – if a bit busy at peak times. With a full season under the club’s belt, the matchday experience will hopefully be even slicker next season.

If I could retract one furiously held opinion I had during the season, it’d be….

Okay, hold on. Tricky one this. I was adamant we shouldn’t have sacked Craig Elliott when we did, and while you might argue that we did ultimately make the play-offs, we only squeaked them and who’s to say Elliott wouldn’t have turned things around and made it more comfortably? It’s all ifs-and-buts now. I also thought Joe Leesley’s form dipped alarmingly at one point to the point I wanted him dropped – but after a crap display at Trinity, where he seemed to spend the entire game moaning at his teammates, he suddenly snapped back into form. We definitely missed him in the play-offs. Let’s go with Joe Leesley.

If we’re going to get promoted next season, Paul Cox has to….

Build a brand-new team! It really is as simple as that. We have yet another huge summer ahead of us.

If Boston United could improve one thing off the field next season, it’d be….

The food. I’ve had worse elsewhere, but with the new facilities it should be better than it is. Staffing might be part of it, but I think we could probably shop around for better suppliers. Also, a fans’ forum would be nice. If nothing else, it gives those people who think the “new” Boston aren’t listening to them a chance to air their views. And I could moan about the quality of the scran.

Progress on the South Stand and a genuine run at the title. Let’s just get it done – Newton and Kempster bloody well deserve it.

Want your answers to feature on the hallowed pages of a webzine that only gets updated once every 18 months? Then send them through to contact@trailofdebt.com or DM @TrailOfDebt on the old Twitter thingy NOW! NOW!!!